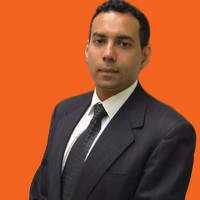 Deo Indevar is our Principal Solicitor.

Deo has broad experience in several jurisdictions, having also practised in Western Australia and litigated matters in the Northern Territory, South Australia, Queensland, ACT and Victoria.

In actions against the police, Deo is our expert. In NSW, Deo has more police matters running at any given time than any other practitioner.

Some of Deo’s recent successes are as follows:

Deo is approachable. If you call, he will listen. He is an excellent negotiator and advocate. He will fight for your rights.